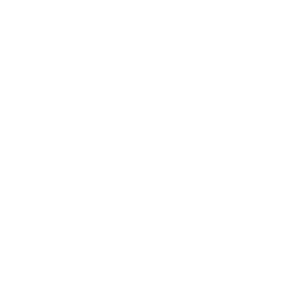 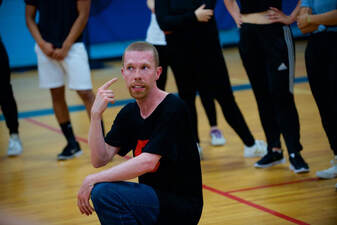 SEAN BJERKE is a dance teacher and martial artist based in Boston, MA. He began laying his own movement foundation in 1991 when he began studying the Korean martial art, Taekwon Do. He has competed in olympic sparring at the national level, and is a master level instructor at the JH Kim TKD Institute, having earned his 4th degree black belt in 2015.

In parallel with his martial arts studies, Sean works to promote house dance & culture. He wears multiple "hats" as a teacher, choreographer, promoter, performer, director and event producer. Sean's mission is to educate students on the context and history behind house, and encourages researching other urban art forms as well. Using his background in martial arts, he works tirelessly to create learning opportunities to understand house dance movement, thereby providing an entry point into house culture, as well as figures within the local and global dance community.  To further his mission, Sean has worked as an adjunct-professor of dance at Connecticut College, a traveling house dance teacher, and is the co-artistic director of the award-winning CONcept ARTists dance company.

Sean has been fortunate to work on many dance productions that use urban dance to educate and inspire mainstream audiences. As a proud alumni of the Beantown Lockers, Sean co-produced "Vaudeville Funk," a celebration of Locking and its creator Don "Campbellock" Campbell (RIP) in 2016. He has also co-produced multiple iterations of Boston's annual urban arts showcase, CONcentrate on the ARTistry. 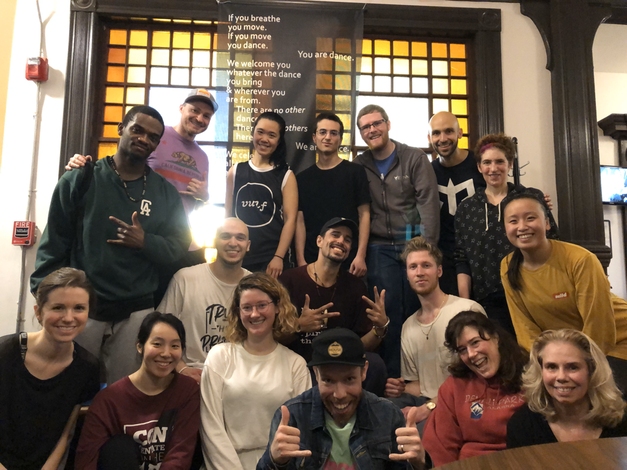 HOW I GOT INTO HOUSE..  Ricardo Foster Jr was my first teacher to introduce me to House, in 2008, as a member of Unyted Stylz. I had been introduced to other street styles including hiphop, popping and locking, but I found myself gravitating most toward house. I was never really interested in music growing up. I'd listen to it, yes, but was never drawn to anything in particular... until I heard "Love and Happiness" by River Ocean ft. India. I felt a strong connection to house movement as well. IT was fluid, yet athletic - it was a style to which I could apply the agility and conditioning I'd developed through Taekwon Do.

After getting a taste of some of the basics, I initially turned to Youtube and, like many others from around the world, found an assortment of house dance tutorials created by San Francisco native, Jardy Santiago. To apply what I learned, I'd create my own combinations to share with my dance crew mates. Unyted Stylz was one of the only Boston dance crews to explore house dance movement in the late 2000's.

​Something was missing from the equation though - while I could pre-choreograph combos and patterns, I knew to truly embrace house, I'd need to gain more confidence free-styling. While not initially categorized as a "dance style," house dance would draw from freestyle dance and other styles used in east coast clubs. I had been to a couple house parties here and there, but it wasn't until 2014 that I'd officially jump into the house scene.

Boston House veterans, Steve "Rythmz" Garcia and Sammy Savuth first introduced me to Boston's club scene. I finally began understanding the true ESSENCE of house, through the music, people and energy in the clubs.  It really opened my eyes to Boston's rich music/DJ culture.

Sean's next steps led him to travel and meet dancers and teachers around the US. Because Boston lacked access to the technical side of house dance education, Sean knew he wanted to draw on his decades of Tae Kwon Do teaching experience to become a house dance teacher. Steve Garcia introduced him to NYC pioneers, Caleaf Sellars, Tony McGregor and Sekou Heru, and immediately, Sean took to their training methods that resembled a "martial arts" approach to teaching/drilling house technique. By combining his TKD teaching approach with the knowledge he had accumulated from Jardy Santiago, NYC's pioneers, and Boston's clubs, Sean took a chance at starting a weekly house class in 2015 at the Jeannette Neill Studio. At first, Sean question whether this was the right move, or if the classes would be sustainable since previous house classes in Boston had limited success. 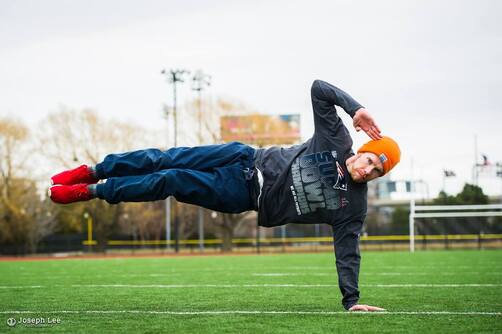 ​Fast forward to the present, and this decision was the CORRECT one. I've learned a lot through teaching, and continue to approach house dance as a student first. I currently works as a teacher, choreographer, performer, director, event promoter and producer, and a mentor to hundreds of students. Every week now includes multiple dance classes, private lessons, coordinating visiting guest workshops, directing a dance company, and in Fall 2019, I even served as an adjunct dance professor at Connecticut College. In 2018, I left my 15 year biotech career (I was a Chemical Engineering major at Tufts University) to dedicate myself to promoting house dance culture to a new generation of students.

One notable influence on me has been my friend and mentor, Edson Gonzaga (BRA), who I first met at NYC’s House Dance International 2017. Among Edson's many inspirational talks, I recall one particular lesson that validated the need to experiencing the whole range of house to truly understand its essence, outside of simply learning the steps:

"You can learn farmer, shuffle, loose legs and all the other moves. But that doesn't make you a HOUSE DANCER. It's not just taking a lot of classes - you need to support the music, the DJs, the clubs, the events, and the COMMUNITY. 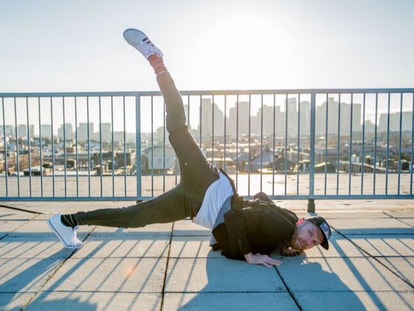 My main goal as a teacher is to encourage my students to find their own voice, and best self through movement, be it dance or martial arts. I try to remind them that the lessons learned in class need not be limited to understanding movement, but can be applied to critical thinking, problem solving, and navigating through life's challenges. If you approach every day finding something new to learn, someone new to meet, or a new experience to create, you'll always feel satiated. Remain a student first and you'll learn forever. 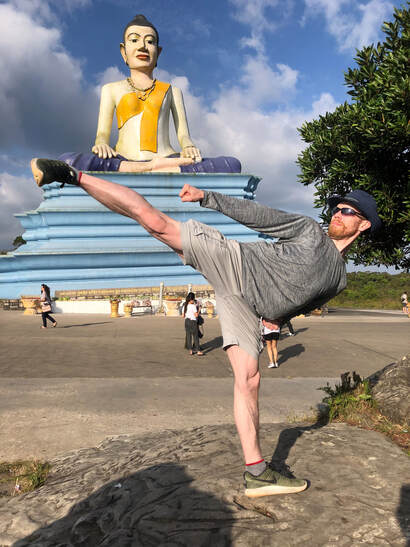